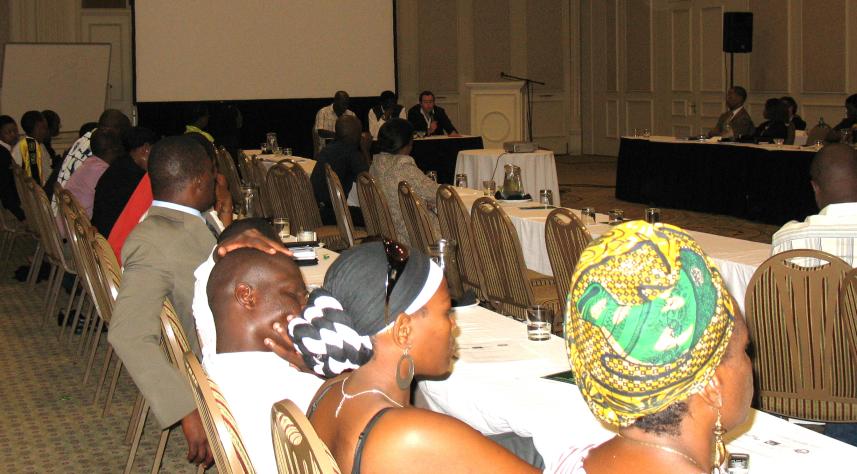 Gaborone, Botswana IIPI has concluded a three day conference, Establishing a National Collecting Society and Strengthening the Culture Industries, in Gaborone, Botswana. The conference was organized in partnership with the Botswana Ministry of Trade and Industry, the Botswana Musicians Union, and the United States Patent and Trademark Office. The conference was held to train members of the local music and other cultural industries on copyright and other intellectual property protections relevant to their businesses. Additionally, IIPI released the report, Implementing the Copyright Society Provisions of Botswana’s New Copyright Act during the conference. The report is to be used by the Botswana Government and business leaders to guide them in establishing a national collecting society for public performance and other related rights. With such an entity, Batswana artists will finally receive the royalties they are due and thus have a greater opportunity of sustaining themselves.
Attorney Jon Pollack speaks to the audience

The first day of the workshop provided attendees with an overview of Botswana copyright law led by Eric Garduño and a discussion of trademarks in the music industry led by New York attorney Jonathan Pollack. The Botswana Musicians Union concluded the day by exploring the necessary ingredients for building artist based organizations. The second day was dedicated entirely to presenting the report and hashing out what elements of existing copyright societies might work for Botswana’s own copyright society. Professor Justin Hughes of the Cardozo Law School, co-author of the report, effectively gained consensus on society membership, general society structure, and the distribution of royalties, to name a few. The third and final day was an effort to introduce the local music industry in attendance to the nuts and bolts of the music industry such as licensing mechanisms and deal terms. Also, experts from a variety of music industry entities like Sony Music Publishing in the United States, Sterns Music London and EMI Africa gave tips on breaking into their respective markets and how to protect musical works from international copyright thieves. The workshop inspired audience members to form a working committee to carry on with the creation of a national collecting society, making the conference more successful originally planned.
Musical artists perform during reception at Lounge Lizard