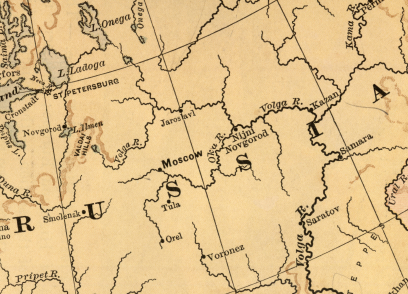 Washington, DC. The International Intellectual Property Institute (IIPI) and the U.S. Patent and Trademark Office (USPTO) have jointly completed a training workshop on the use of border enforcement measures in combating the international trade in counterfeit goods in Vladivostok, Russia. Vladivostok, located in the Russian Far East on the coast of the Sea of Japan and near both the Chinese border and the Japanese island of Honshu, is of key importance in the fight against counterfeit products in the region. From 1958 to 1991 only Soviet citizens were allowed to live or even visit Vladivostok. However, during the past decade Vladivostok has reasserted itself as Russia’s window on the Pacific.
Participants of IP Border Enforcement Workshop Gather for Group Photo

The workshop’s audience consisted of Russian customs officials working in Vladivostok and in the surrounding regions of Russia, including Kamchatka. Speakers included officials from the Russian Federal Customs Service in Moscow, U.S. Customs experts, representatives from a variety of industries heavily affected by the trade in counterfeit products in the region, and representatives from the USPTO and IIPI.

The primary objective of the program was to create a forum for discussion in which audience members and speakers could exchange information regarding their experiences in the fight against the trade in counterfeit goods. In order to facilitate this goal, the workshop utilized a number of case scenarios based on real life examples encountered by customs agents in the field. These topics included the targeting of merchandise, the use of specific methodologies in detecting counterfeit products in the field, and the suspension of goods suspected of being counterfeit.

These real-world examples, as well as discussions on the new Russian Customs Code and the demonstration of method used for detecting counterfeit goods, provided the core of the program. The success of the workshop demonstrated the need to create additional opportunities for relevant parties to exchange vital information on techniques and successes and failures in the ongoing battle against counterfeit goods.