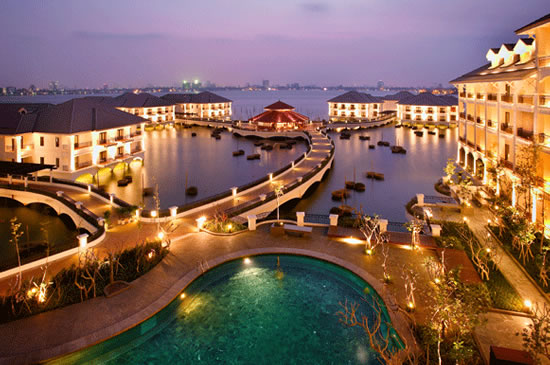 Washington, DC . Emphasizing the role the justice system plays in resolving commercial and intellectual property disputes was the focus of a briefing today hosted by the International Intellectual Property Institute (IIPI) for the U.S. Study Mission for the Supreme People’s Court of Vietnam.

As part of a 10-day mission to the United States, Vietnamese judges met with IIPI personnel to discuss how the U.S. intellectual property system works. Special emphasis was placed on the process for filing and litigating patents in the U.S.

In addition to discussing procedural matters associated with intellectual property courts, the IIPI briefing also focused on the importance of an open system. Joyce Chandran, Assistant Director of the Asia Foundation, said today’s meetings not only helped the delegation “understand more clearly how Americans view the role of the courts in resolving intellectual property disputes,” but also highlighted the “crucial function of transparency and the publication of court decisions.” Chandran coordinated the Vietnamese Study Mission.

Today’s briefing was part of an ongoing program developed by IIPI to counsel the Vietnamese government on developing the legal infrastructure to better manage intellectual property disputes. “IIPI is committed to working with the Vietnamese to help them meet the intellectual property requirements specified under the BTA with the United States, and to benefit economically from that Agreement,” said Stetson Sanders, IIPI’s Executive Director. A delegation of IIPI technical experts visited Vietnam in October, 2002 and again in June 2003.