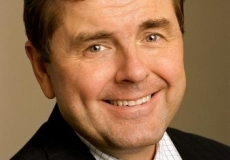 New York, 22 September 2015 – A Technology Bank that supports science, technology and innovation in the world’s poorest countries is both ‘feasible and desirable’ according to the recommendations of a study by a high-level panel of experts, presented to the United Nation’s Secretary-General, Ban Ki-moon today in New York. The study proposes that a Technology Bank for least developed countries be established in the 2015-2016 period and headquartered in Turkey.

The study suggests that the Technology Bank be composed of two units, a Science, Technology and Innovation Support Mechanism and an Intellectual Property Bank. Recommendations highlight that the Technology Bank has the potential to strengthen national capabilities, support negotiated agreements and provide expertise to the world’s least developed countries, ensuring that they are no longer left behind in achieving internationally agreed development goals.

“Nothing quite like it has been attempted before” according to the report “but the thinking behind it has been sound and planning to-date suggests that it could be launched on an exceptionally firm foundation”.

Modeled on the United Nations University, the report recommends that the Technology Bank should consist of a multi-stakeholder Governing Council with twelve members appointed by the United Nations Secretary-General on a broad geographical basis. The Governing Council will have representation from governments of least developed countries and other Member States of the UN, the global science, technology and innovation community, the private sector, philanthropic foundations and civil society.