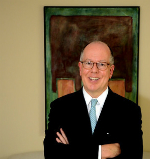 FOR IMMEDIATE RELEASE – 14 July 2014. Washington, DC. Carter Eltzroth, the Legal Director of the DVB Project and the Managing Director of Helikon.net, has joined the Board of Advisors of the International Intellectual Property Institute’s (IIPI). Eltzroth’s expertise in standard-essential patents, technology development, standards development, and intellectual property make him a welcome addition to the Board.

Andrew Hirsch, Executive Director of IIPI, commented on Eltzroth’s involvement. “IIPI is honored that Carter Eltzroth has agreed to join our Board of Advisors.   In addition to his leadership in IP-driven industries, Carter has written and spoken extensively on intellectual property rights and other issues relating to standards setting. We are confident that his expertise will ensure that IIPI stays at the forefront of intellectual property and standard essential patent issues.”

Bruce Lehman, Chairman of IIPI, said, “We are pleased to take Carter onto our Board of Advisors.  His skills in standard-essential patents, standards development, and novel licensing structures, complement the expertise of our other Advisors.  We look forward to an active collaboration.”

Carter Eltzroth said, “I am pleased to contribute to the work of IIPI and to its focus on bringing the benefits of innovation and creativity to its stakeholder communities throughout the world.  Bruce Lehman and IIPI are leaders in this effort and I am eager to work alongside Bruce, Andrew Hirsch and my fellow Advisors in this premier IP think tank.”

Eltzroth currently serves as the Legal Director of the DVB Project, a Geneva-based standards body which creates globally utilized technical standards for digital television. He also serves as the Managing Director of Helikon.net, where he represents the Institute of Electrical and Electronic Engineers and other standards bodies on IPR licensing and competition matters, the World Bank, the World Intellectual Property Organization and other multilateral institutions on intellectual property rights issues, and private sector clients on licensing, patent management and the regulation of broadcasters and networked industries.

In June 2013, Eltzroth joined the Washington College of Law at American University as an adjunct professor where he teaches courses in standard essential patents and standards development,and licensing standardized technologies. He serves as the chair of the subcommittee within the Smart Grid Interoperability Panel examining its IPR policy. He is an arbitrator for the World Intellectual Property Organization (WIPO) and a member of the IPR Policy Committee of the American National Standards Institute.

He is a frequent writer and speaker on standards and patents, broadcasting and development and copyright in emerging markets. He is the author of Patent Pooling: Licensing Standardised Technology (forthcoming).

Eltzroth’s expertise in standards development is illustrated by his service as Legal Director of the DVB Project, where he developed, implemented, and managed the evolution of, DVB’s intellectual property rights policy. He has also been at the forefront of legal issues relating to technology development in industries ranging from broadcasting and encryption to electricity generation and distribution. Through his work with Canal+, FilmNet/MIH, the World Bank, Irdeto and AEPOC, he has more than twenty years of experience in intellectual property licensing and ensuring compliance with regulatory guidelines. Eltzroth has developed and managed, alongside the European Telecommunications Standards Institute, the licensing programs for DVB’s Common Scrambling Algorithm and its Multimedia Home Platform.

In addition to his expertise in intellectual property and standards, Eltzroth brings a strong knowledge of corporations and policy making to IIPI. He has worked on initial public offerings of foreign private issuers, counseled on contractual and regulatory structure for the launch of DVB services over cable and satellite and developed novel corporate and operational structures to exploit regulatory arbitrage for a service providers like FilmNet. He has an in-depth knowledge of European Union laws and institutions, and his advocacy has lead to the adoption of European directives and actions.

Eltzroth also brings IIPI significant knowledge about copyright matters. He formed and served as the initial Executive Director of the Association Européenne pour la Protection des Oeuvres et services Cryptés, an anti-piracy organization. He has prepared studies on audiovisual copyright and related areas for the World Intellectual Property Organization, the World Bank and the European Commission. He has also been general counsel and served in other capacities as a lawyer for European and African broadcasters.

A duel citizen of the United States and Belgium, he obtained his M.A. in literae humaniores from Oxford and his J.D. from Columbia University. After law school he clerked for Judge Water Cummings on the US Court of Appeals for the Seventh Circuit. Eltzroth is a member of the New York bar.

The International Intellectual Property Institute is a non-profit organization and think tank that promotes the use of intellectual property rights to create jobs and increase competitiveness in developing countries. It was founded by Bruce Lehman, former Commissioner of the United States Patent and Trademark Office, in 1998.