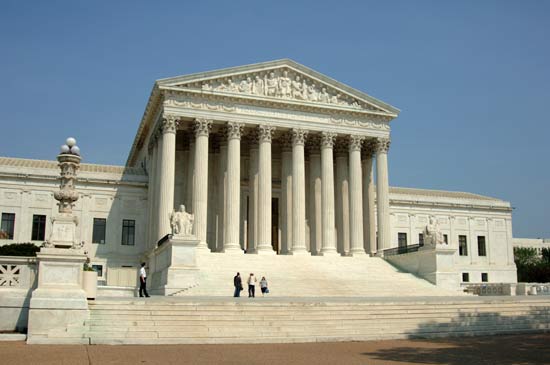 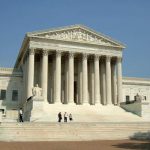 n, Bruce Lehman, and senior Board member, Ralph Oman, weighed in last week at the United States Supreme Court in support of the heirs of author and cartoonist, Jack Kirby, who created some of the most famous comic book characters and storylines of the 20th century, including The Hulk, The Avengers, The Amazing Spider-Man, and The Fantastic Four.

Lehman, a former USPTO Director and Oman, former U.S. Register of Copyrights, worked together in the 1970s as lawyers for the House and Senate Judiciary Committees drafting the 1976 Copyright Act. They asked the high court to grant the certiorari petition of Kirby’s four children seeking review and reversal of a Second Circuit Federal Appeals Court decision that stripped the Kirbys of a right to rescind previous transfers of copyrights to their father’s publisher, Marvel Comics. The so-called “termination right” permits authors and their heirs to take back previously transferred copyrights for the additional 19 years of copyright term Congress provided in the 1976 Act.

In their amicus brief on behalf of IIPI, the 60,000 member Artists’ Rights Society, 12 artists’ professional organizations, Doonesbury creator Gary Trudeau and five other Pulitzer Prize wining cartoonists, Lehman and Oman argue that 2nd Circuit failed to follow Supreme Court precedent in the 1989 case of CCNV v. Reid . That case held that work commissioned from a freelance artist could not be “work-made-for-hire” of the kind created by a salaried employee and adopted the position laid out in an amicus brief Oman had filed as Register of Copyrights.

In their brief Lehman and Oman reviewed over 70 years of judicial precedent and legislative history and concluded that the Second Circuit had disregarded the definition of “employer” as “it was universally understood at the time Jack Kirby created works in question” and rendered “meaningless the termination right established for the benefit of freelance authors and artists” under the 1976 Act.

In explaining the decision to intervene on behalf of the Kirby family IIPI Chairman Lehman stated: “When the founders of this country wrote copyrights and patents into the Constitution they clearly were thinking of the need to incentivize and reward the creative genius of individual human beings. They would be appalled if they knew that centuries later deep pocket interests could twist their words into a ‘game of gotcha’ to deny authors and inventors the rights they intended to bestow.”

You can read the Kirby v. Marvel Amicus Brief by clicking here.