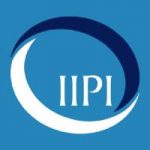 FOR IMMEDIATE RELEASE – 8 August 2013. Washington. After nearly four years at the International Intellectual Property Institute (IIPI), Executive Director and General Counsel Andrew Jaynes is leaving to become the Director of the Center for Law and Global Affairs at Arizona State University’s Sandra Day O’Connor College of Law. Jaynes joined IIPI in late 2009 as General Counsel, and in August 2011 was promoted to Executive Director.

During his time at IIPI, Jaynes worked in 15 countries on issues ranging from university technology capture and commercialization to the protection and promotion of traditional arts and crafts. He collaborated with national intellectual property offices in Asia, United States, and Latin America as well as multilateral organizations such as the Association of Southeast Asian Nations (ASEAN) and Organization of American States (OAS).

IIPI Chairman Hon. Bruce A. Lehman, on behalf of the board of directors, expressed his gratitude for Jaynes’ service. “Andrew did an extraordinary job leading the Institute over the past few years. We feel a great deal of pride about his move to this important position in academia.”

About IIPI: For 15 years IIPI has provided education and guidance about intellectual property rights to leaders and innovators in developing countries. A nonprofit international development organization and think tank based in Washington, DC, IIPI conducts capacity-building programs and studies on the ways emerging economies can harness their creativity and innovation to foster job growth and wealth creation.