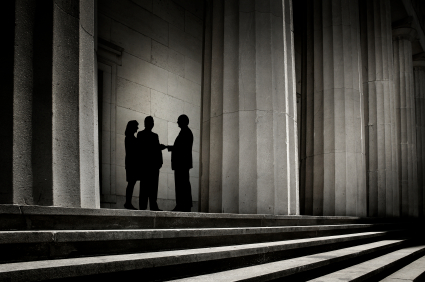 FOR IMMEDIATE RELEASE — 2 May 2011. Washington, DC. The International Intellectual Property Institute welcomes the Court of Appeals for the Federal Circuit’s (CAFC’s) ruling in the case of TiVo v. EchoStar. The International Intellectual Property Institute (IIPI) submitted an brief of amicus curiae to the CAFC on behalf of TiVo. The CAFC’s ruling is important as a matter of policy since it concerns patent enforceability, essential to continued innovation.

The case is the latest in a dispute between TiVo and EchoStar over the companies’ video recording software. TiVo developed and patented software that allowed users to fast-forward, rewind, pause, and replay live television. This software enabled TiVo to become the first producer of digital video recorders (DVRs). However, despite TiVo’s patent, EchoStar, a provider of satellite television, provided its customers with set top boxes containing software similar to TiVo’s. As a result, TiVo sued EchoStar for infringement.

In the original trial between TiVo and EchoStar, the jury found that EchoStar infringed TiVo’s software patent. The court permanently enjoined EchoStar from using the software – and other software that is essentially the same – in its set top boxes. In addition, the court required EchoStar to disable the DVR feature in set top boxes that it had already provided to its customers.

EchoStar responded to the decision by downloading modified software to its existing set top boxes, while continuing to provide DVR service to its customers. TiVo filed a contempt action, arguing that EchoStar violated the trial court’s injunction to disable functionality. In the contempt proceeding, the district court found in favor of TiVo. EchoStar appealed the district court’s finding to the CAFC, which reviewed the case en banc.

IIPI submitted an amicus brief to the CAFC in support of TiVo’s position. The brief argued that EchoStar’s actions did not adequately provide the injunctive relief sought by TiVo and ordered by the trial court:

[W]hen an infringer is enjoined from selling a product, it [should be required to] fully remove the device from the marketplace which [would result] in a break in [the company’s] relationship with its customers… This transitional period is crucial because it provides competitors an opportunity to reach the customers that the infringer had unfairly obtained from the infringement… Without a break, the infringer maintains their illicitly-obtained customers to the detriment of the patent holder, who suffers both lost sales and licensing opportunities. Because the infringer continues to reap the benefits of its wrongful actions to the detriment of the patent holder, the infringer is rewarded for its malfeasance and the injunctive relief is illusory.

TiVo and EchoStar have since announced one of the largest patent settlements ever. In return for EchoStar paying TiVo $500 million, TiVo will dismiss all pending litigation and dissolve the injunction. The companies have also granted patent licenses to each other.