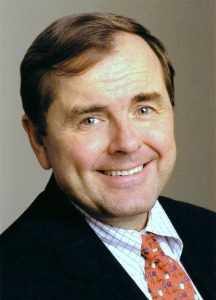 Lehman is a member of the Policy Advisory Commission to the Director General of the World Intellectual Property Organization (WIPO), the specialized United Nations agency headquartered in Geneva, Switzerland. He is president of the U.S. Committee for WIPO and is a member of several corporate boards, including PLX Systems, Inc.

From August 1993 through December 1998, Lehman served as Assistant Secretary of Commerce and U.S. Commissioner of Patents and Trademarks. As the Clinton Administration’s primary representative for intellectual property rights protection, he was a key player on these issues, both domestically and internationally. At the request of the President, he served concurrently in the fall of 1997 as acting chairman of the National Endowment for the Humanities, which fosters and recognizes the work of America’s artistic and creative community.

In 1994, the National Law Journal, the largest-selling weekly publication for lawyers, named Lehman its “Lawyer of the Year.” In 1997, another publication, the National Journal, a Washington-based national magazine of public policy, named Lehman one of the 100 most influential men and women in Washington. The National Journal observed, “In today’s Information Age, the issue of intellectual property rights is no longer an arcane concern, but a vital part of U.S. trade policy. Since taking over his current posts in 1993, Lehman has been the Clinton Administration’s outspoken voice on such matters here and abroad.”

Serving as the leader of the U.S. delegation to WIPO’s December 1996 Diplomatic Conference on Certain Copyright and Neighboring Rights Questions, he successfully concluded negotiations which resulted in the adoption of two treaties: the WIPO Copyright Treaty and the WIPO Performances and Phonograms Treaty. These treaties, by updating international copyright law for the digital age, will greatly facilitate the growth of online digital commerce over the Internet. Likewise, Lehman’s guidance on the development of the intellectual property provisions of the Uruguay Round Agreement, now known as TRIPS (Trade-Related Aspects of Intellectual Property), has enabled American creators and inventors to more easily protect their creations from piracy throughout the world.

Lehman engaged in streamlining the U.S. Patent and Trademark Office (PTO) to be more responsive and customer-focused. His efforts were recognized by Vice President Gore’s National Performance Review as a success story for government reinvention. As Commissioner, he held a series of public hearings throughout the country to solicit the views and concerns of PTO customers. Feedback led PTO to develop new guidelines for patents in the biotechnology field and establish partnership libraries in Sunnyvale, California and Detroit, Michigan, to provide better public access to PTO information and services. Lehman also chaired the Working Group on Intellectual Property Rights of the National Information Infrastructure Task Force. In September of 1995, the Working Group released Intellectual Property and the National Information Infrastructure, which examines the role of copyright law in cyberspace and makes recommendations to fortify copyright protection of intellectual property in the networked environment of the information superhighway.

For ten years prior to joining the Clinton administration, Lehman was a partner in the Washington, D.C., law firm of Swidler & Berlin. There he represented individuals, companies, and trade associations in the areas of intellectual property rights. His clients were drawn from the motion picture, telecommunications, pharmaceutical, computer software and broadcasting industries.

Prior to entering private practice, Lehman worked for nine years in the U.S. House of Representatives as counsel to the Committee on the Judiciary and chief counsel to the Subcommittee on Courts, Civil Liberties, and the Administration of Justice. Lehman was the Committee’s principal legal adviser in the drafting of the 1976 Copyright Act, the 1980 Computer Software Amendments, and 1982 Amendments to the Patent Laws.

Early in his career, Lehman served as legal counsel to the Wisconsin State Legislature, as an attorney with the U.S. Department of Justice, and as an officer in the U.S. Army. He was born on September 19, 1945, and attended the University of Wisconsin — earning a B.A. in 1967, and a J.D. in 1970. He is a member of the bar in the District of Columbia. 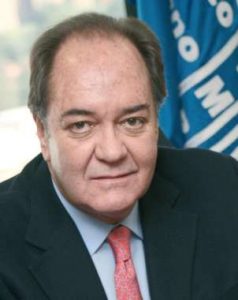 During 1993 he created the Mexican Institute for Industrial Property (IMPI) and was appointed by the President of Mexico as its Director General in January 1994. He served in that position until April 2011.

Amigo received many awards during his career, among others, WIPO´s Gold Medal for promoting intellectual property and competitiveness around the world (2008), the City of Venice Intellectual Property Award (2006), the Motion Picture Association´s (MPAA) Anti-piracy Government Leadership Award (2009), Gold Record award (2011) by the Recording Industry Association of America (RIAA) and the International Federation of Phonographic Industries (IFPI). He also received a special recognition from then-President Vicente Fox for his contributions to Mexico (2006).

In his capacity as Director General of Foreign Investment, Amigo headed the Mexican delegation for the negotiation of the Investment Chapter of the North American Free Trade Agreement (NAFTA). 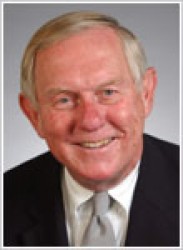 Ralph Oman is the Pravel Professorial Lecturer at the George Washington University Law School. Prior to his move to academia, Oman served as counsel for 15 years with Dechert LLP, an international law firm with more than 700 lawyers. He has more than 35 years of international experience in patent, copyright, and trademark law.

Before entering private practice in 1993, Oman served as the Register of Copyrights, the chief government official charged with administering the national copyright law. During his tenure as Register, he helped move the United States into the Berne Convention for the Protection of Literary and Artistic Works, the oldest and most prestigious international copyright convention, a goal sought by U.S. Registers for 100 years. Before becoming Register, he served in several other government positions, including chief counsel for the Subcommittee on Patents, Copyrights, and Trademarks of the U.S. Senate Committee on the Judiciary, and staff director (and later chief counsel) for the Subcommittee on Criminal Law. Oman continues to participate in the global effort to increase the level of intellectual property protection. In 2002, he received the Jefferson Medal in recognition of his many contributions to intellectual property protection.

A former Foreign Service Officer and Naval Flight Officer, Oman is a graduate of Hamilton College (A.B., 1962) and Georgetown University Law Center (J.D., 1973), where he served as executive editor of the Georgetown International Law Journal. 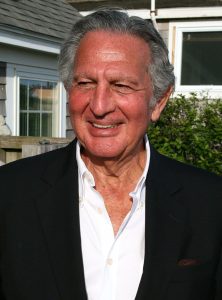 Lester S. Hyman is a Washington, D.C. attorney with more than 50 years of experience in law, business, politics, the arts and international affairs.

After serving in the federal government as an attorney with the U.S. Securities and Exchange Commission and later as Senior Consultant to the Secretary of U.S. Housing and Urban Development, Mr. Hyman returned to his home state of Massachusetts where, as a protege of John F. Kennedy, he was Chief Assistant to the Governor, Secretary of Commerce and Development, and Chairman of the Democratic Party of that State. He also taught at the Kennedy School of Government at Harvard University.

He then returned to Washington where he was a founder of the prominent law firm of Swidler Berlin  representing major business clients both in the United States (20th Century Fox, McGraw Hill) and overseas: France (Roussel-Uclaf), Germany (Hoechst), Japan (Matsushita, Mazda), Korea (Hyundai), as well as representing a number of countries (Haiti, Liberia, Bermuda, and the Virgin Islands).

Mr. Hyman has been very active in international peace resolution work in Africa and Central America where he has worked closely with former President Jimmy Carter and the International Negotiating Network (INN). He was President Clinton’s representative at the signing of the Guatemala Peace Treaty (as well as Clinton’s appointee to the Franklin D. Roosevelt Memorial Commission). He is the author of the 2003 book “U.S. Policy Towards Liberia”.

He currently serves on the Boards of the Center for National Policy, the Center for Advanced Defense Studies, the International Intellectual Property Institute, and the BVI College and is Strategic Advisor both for the venture capital company Oxantium LLC and ArtsBacker.

As a devotee of the arts, Mr. Hyman served on the D.C. Arts and Humanities Council, and the Boards of the Norton Simon Museum of Art and the Dana Tai Soon Burgess Dance Company.

Rick Reidy is a trained economist and a natural entrepreneur, helping to finance a number of innovative companies and non-profit groups over many years. In the late 1990s, he founded a then-rare “green” venture capital fund to support early-stage, environmentally-friendly companies staffed by labor union workers. He currently oversees a number of private business projects.

He served as senior Washington lobbyist and political advisor for New York City cultural organizations, including Guggenheim Museum, American Ballet Theatre, World Monuments Fund. He has appeared as a commentator on Los Angeles television and radio, and he continues to informally assist many national and local political candidates. In the 1990s, Mr. Reidy was president of the Health Policy and Research Foundation of California, a non-profit charity, founded in 1986, with a mandate to promote government policy actions during the expanding public health crisis of HIV/AIDS. During the 1980s, Mr. Reidy worked in Washington DC, managing political programs and raising funds as under two chairmen of the Democratic National Committee. He directed finance projects for political campaigns for U.S. President and for U.S. Senate and House of Representatives, and he advised dozens of candidates at national, state and local levels. Earlier, he worked at a Washington trade group representing employee-owned companies and firms financed by employee leveraged buy-outs.

A graduate in economics from the University of Notre Dame, Mr. Reidy has also studied and worked in Mexico City, Boston, and New York. He worked through his school years in radio broadcasting as an on-air announcer, news writer, and engineer. He grew up as an all-purpose assistant in his father’s retail stores in western New York State. 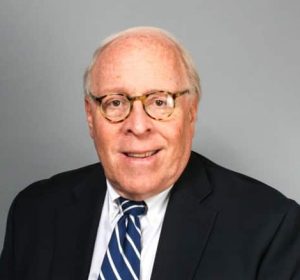 John Weinfurter provides unparalleled knowledge of Washington, DC and the intricacies of the political process. Following a 20-year career on Capitol Hill as the Chief of Staff to the late U.S. Representative John Joseph Moakley (D-MA), where he served as the principal liaison to House Leadership through five presidential administrations and to the corporate and professional communities of Boston and Washington, he served as the President and CEO of the Congressional Economic Leadership Institute (CELI). CELI is a bipartisan and bicameral educational foundation designed to acquaint Members of Congress, their staffs, and corporate executives with emerging economic issues. During his tenure at CELI, Mr. Weinfurter administered over 200 sessions in the U.S. Senate and House and brought CEOs, foreign heads of state, parliamentary delegations, authors, economists, cabinet secretaries, and regulatory agency leadership together in forums on economic growth and productivity.

Prior to joining Capstone, John was Vice President of the Government Relations Division for Witt O’Brien. Before that, he was president and a principal at the Washington, DC-based lobbying firm of KSCW, Inc.

For over a decade, John has provided government relations, strategic counsel, and monitoring and analysis of policy, legislative, and regulatory issues that affect clients from a broad spectrum of market sectors including healthcare, energy, insurance, accounting and financial services, international development, technology, education, aviation, and defense. 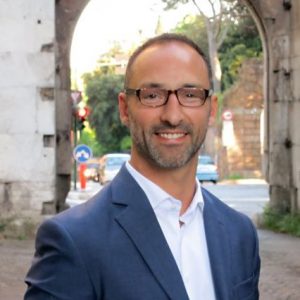 Stetson is a career Foreign Service officer in the U.S. State Department. He is currently serving as Political Officer and Alternate Permanent Representative to the United States Mission to United Nations Agencies in Rome, where he supports the ambassador as the primary interlocutor for three International Organizations: The International Centre for the Study of the Preservation and Restoration of Cultural Property (ICCROM), The International Institute for the Unification of Private Law (UNIDROIT), and The International Development Law Organization (IDLO). Prior to arriving in Rome, Stetson served in Afghanistan as the Task Force Senior Civilian Representative, where he was the State Department’s sole representative for Ghazni province, overseeing and coordinating development, governance, and political activities for Coalition Forces. His previous diplomatic posts include Tajikistan and India. Prior to joining the Foreign Service, Stetson was the Executive Director of IIPI for four years during its initial growth and development. Prior to working with IIPI, he was a Peace Corps volunteer in Russia where he taught economics and marketing courses and developed several English and cultural programs. Following his Peace Corps service, Stetson worked in Saratov with the Eurasia Foundation, a USAID-funded non-profit development organization, to develop and implement rule-of-law and civil society programs.