IIPI Chairman, Bruce Lehman, Addresses the Council of Ministries and Speaks Regarding the Positive Economic Impact of IP at Six Roundtables in Visit to Peru 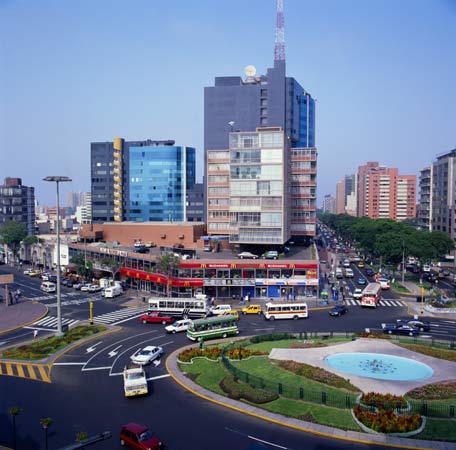 The International Intellectual Property Institute’s Chairman, Bruce A. Lehman, was recently invited to Lima by the American Chamber of Commerce in Lima, the U.S Commercial Service in Peru and by INDECOPI (National Institute for the Defense of Competition and Production of Intellectual Property) to speak at six roundtable meetings with Peruvian federal agency officials, legislators and private sector representatives charged with intellectual property issues. Mr. Lehman spoke before the Council of Ministries where the U.S. Ambassador to Peru James Curtis Struble was in attendance, the Public-Private Commission against Piracy, the Peruvian Committee on Production and SMEs, Peruvian prosecutors and judges, the Handicrafts Center of Technological Innovation for Handicrafts, and before INDECOPI officials. Mr. Lehman was also invited to address IP Master’s students at the Pontificia Universidad Católica. He finished his tour of Lima with an interview by the Peruvian newspaper with the largest distribution, “EL COMERCIO.”

The focus of Mr. Lehman’s speeches was on the economic impact of intellectual property, the benefits intellectual property systems can have on economic growth and development, and Peru’s ability to become a strategic international player in the knowledge and information economy. Peru’s software industry has grown exponentially to surpass 100 million USDs in sales last year alone. The informal atmosphere and interaction at each event spurred frank discussions on the strengths and weaknesses of Peru’s current intellectual property system. The roundtables also served as brainstorming sessions on how to strengthen federal agency enforcement programs with an eye to a future U.S.-Peru Free Trade Agreement.