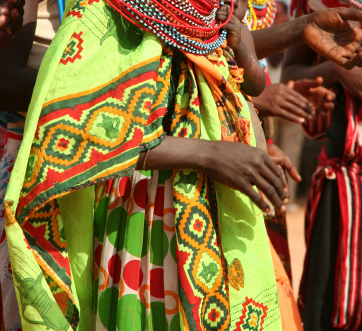 Washington, DC The International Intellectual Property Institute (IIPI), in association with the U.S. Patent and Trademark Office (USPTO) and ABA-Africa, successfully concluded a 3-day conference in Dakar, Senegal, titled West Africa and Intellectual Property: Policy Priorities to Foster Economic Growth, Public Health and Culture.” The program discussed several issues during the three days, such as the role IP plays in the economic development of West Africa; the nexus between IP and public health in the region, including the problem of counterfeit medicines in West Africa; and ended with a day devoted to the role IP plays in catalyzing artistic communities, such as the film and music industries in West Africa.

With over 70 participants, including judges, attorneys, public health experts and business people from countries such as Nigeria, The Gambia, Senegal, Ghana and Burundi, the IIPI/USPTO conference was able to reach a wide and unique audience. The agenda was arranged to foster dialogues between audience members and experts. Thus, during the event lively discussions were heard on the rule of law in West Africa, the creation of means for combating counterfeit medicines in the region and on how IP can assist domestic industries in West Africa in developing markets internationally.

Judge Diakhate from Senegal, Federal Judge Bernice Donald, from the U.S., John Asein from the Nigerian Copyright Commission, Ejiofor Kingsley from Nigeria’s food and drug administration, NAFDAC, and Marie-Flore Kouame from the U.S. Department of Justice, along others from Africa and abroad, were among the experts who assisted in the creation of a series of engaging and vibrant discussions about IP and its effects on the region.

The U.S. Embassy’s Deputy Chief of Mission, Robert Jackson, closed the event with a brief speech highlighting the goals of the conference and outlining the importance of IP in West Africa for improving the lives of its people. On this note, IIPI and USPTO representatives, along with audience members and the collected program speakers discussed future plans for the region and the next steps to be taken. The formation of specialized training programs for judges, the creation of workshops to assist local small businesses with export and manufacturing concerns, and the creation of regional organizations of such groups as film makers, musicians and even customs officials on topics related to IP, among other topics, were all noted as necessary next steps.