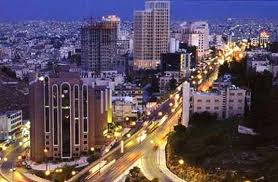 Washington, DC The International Intellectual Property Institute (IIPI) announced today that the Second Annual Jordan Intellectual Property Week has successfully been concluded. The three-day event brought together hundreds of attorneys, business people, academics, and policy makers from around Jordan and the region to partake in a variety of intellectual property workshops. The conference was organized by the Jordan Intellectual Property Association (JIPA), a membership-based association that has organized several IP training events in Jordan. Other key supporters of Jordan IP Week included the World Intellectual Property Organization, the United States Patent and Trademark Office, the AMIR Program, the United States Agency for International Development and several Jordanian government ministries, including the Ministry of Trade and Industry, the Ministry of Planning and the National Library.
Minister Halaiqa addresses IP Week audience

The Conference received the patronage of His Majesty King Abdullah and was opened on behalf of the King by Deputy Prime Minister and Minster for Industry and Trade, Mr. Mohammed Halaiqa. Minister Halaiqa highlighted the growing importance of intellectual property to Jordan’s economy and stressed that more needs to be done to increase intellectual property awareness among professionals and the public at large.

The Conference featured two days of concurrent workshops based on five major themes: pharmaceuticals, copyright enforcement, adjudication of IP cases, franchising and brand management and IP and industrial research. All workshop sessions were well received and the conference has quickly become the premier IP event in the region. “What sets this conference apart from most others,” explains JIPA President Murad Bushneq, “is the focus not only on IP enforcement, but also on IP business strategy and really using IP as an economic tool.”

Also featured during the conference was IIPI’s public release of a recently completed report on Jordan’s pharmaceutical industry. The report, titled Establishing Globally-Competitive Pharmaceutical and Bio-Medical Technology Industries in Jordan: Assessment of Business Strategies and the Enabling Environment, was authored by IIPI Consultants Mike Ryan and Jillian Shanebrook and takes a comprehensive look at the growing Jordanian pharmaceuticals and bio-medical sectors. Among other things, our report does much to dispel the myth that developing countries do not benefit from strong intellectual property protections,” said Ryan during Jordan IP Week’s pharmaceutical workshop.