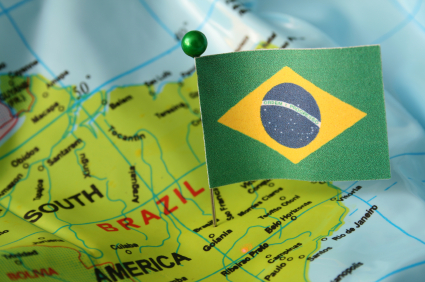 Washington, DC The International Intellectual Property Institute (IIPI) concluded its international conference on technology transfer, intellectual property rights and business policy at the University of Campinas in São Paulo, Brazil. The conference was the first major Brazilian initiative of the Washington-based development organization since the opening of its satellite office in Rio de Janeiro last year.

“Brazil’s economic growth depends on the nation’s ability to harness technology innovation in key sectors of the Brazilian economy,” said Marie Mesidor, IIPI’s Latin America Projects Director. “One of the ways of fostering this innovation is to promote public-private partnership through the creation of policies that increasingly invest in research and development in Brazilian most promising sectors, such as biotechnology, particularly agricultural biotechnology, and software, and stimulating universities and research institutions to respond to the needs of industries. But there are several issues that should be seriously considered. As pointed out many times during the conference, the current legal and institutional framework at universities and research institutions is creating tremendous difficulties for licensing publicly-funded creations to firms. No policies in technology innovation will be successful if the infrastructure deficiencies at the Brazilian patent and trademark are not solved. This two-day event helped open dialogue among Brazilian and international experts on how Brazil can best harness creations generated in the academy to benefit the country’s economy.”

The forum provided heads of research organization and entrepreneurs the opportunity to interact with potential funders such as the Ministry of Science and Technology, federal and state funding agencies, and private companies and international organizations and foundations in the US.